Who better to walk us through the streets of Barcelona, the colourful coastal city that inspired our Resort 17 collection, but style blogger Jessie Bush. When she’s not travelling around Europe creating content for her popular We The People Style blog, she’s at home in the Spanish city where she’s lived for the past 12 months. Over to you Jessie. 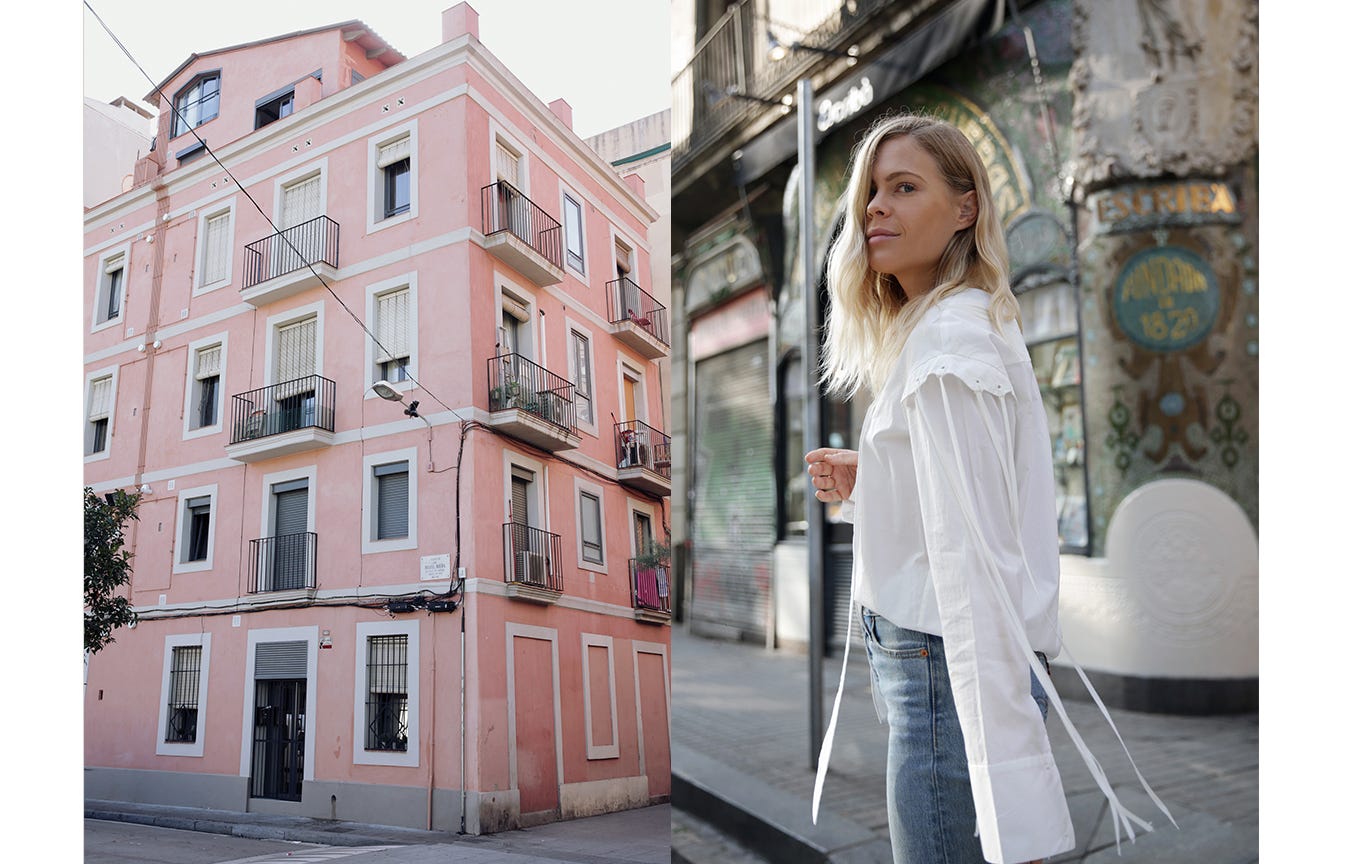 Barcelona is an easy city to love, whether you come for a weekend, a week, or longer. It’s a city that is always simultaneously relaxed and ready for a goodtime all at once. Catalonia is fiercely proud of its heritage and takes great pride in its local cuisine, beach culture and social way of life It’s also an incredibly easy city to visit (that’s not to say you won’t get lost in El Born’s narrow, maze-like streets several times over). The weather is almost always glorious, the locals are friendly, and the food and drinks come (relatively) cheap.

As for the best way to get around, you have three options. The first is on foot, which is always the best way to explore a new city. The second is by bus/metro which, even as a foreigner, is super easy to navigate; every stop and station has straightforward maps to guide you. Lastly, and indeed the most popular mode of transport, is to hire a bike at one of the countless bicycle hire spots around the city. That way you can cover lots of ground, and still get to soak up the vibe of the city. 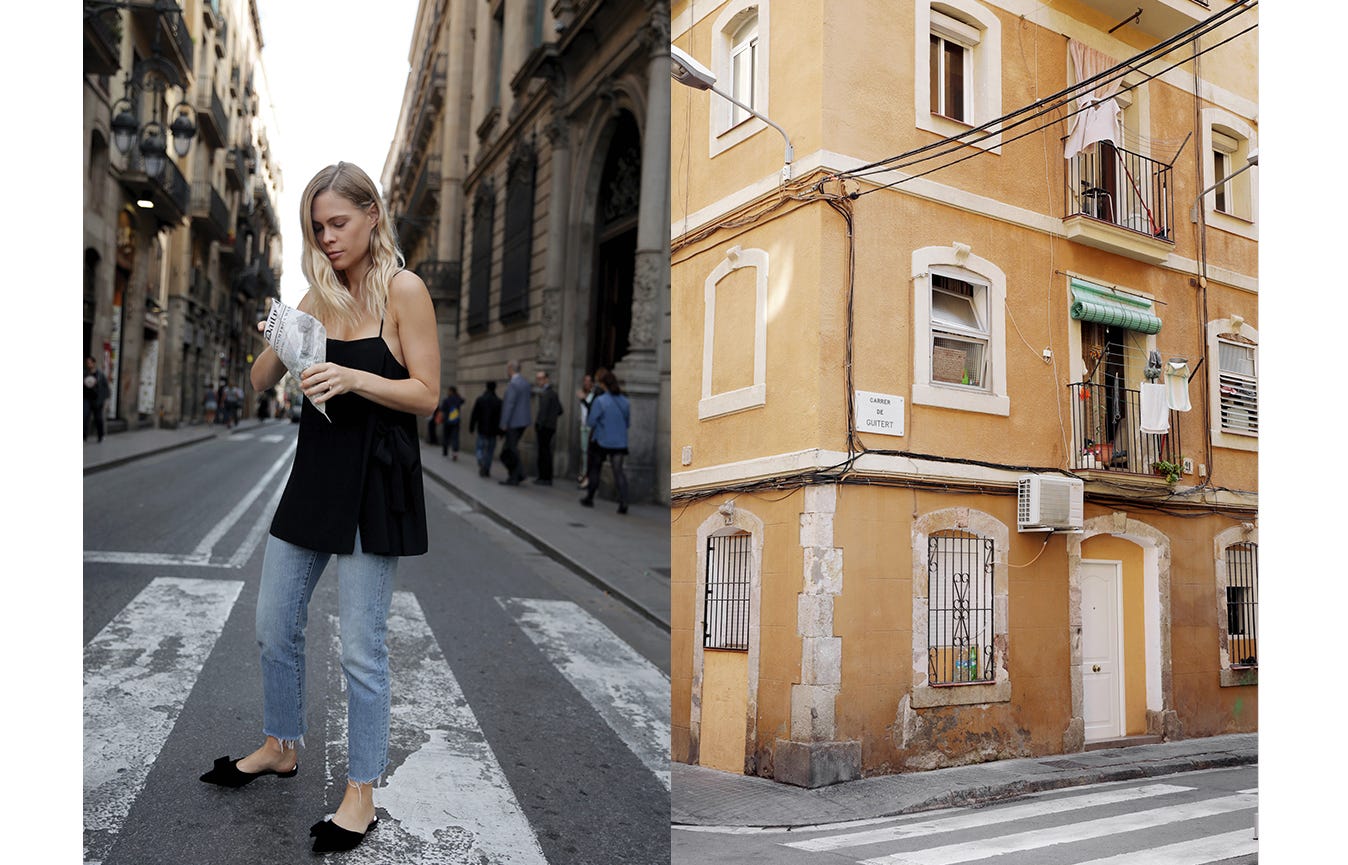 The Mercat de Sant Josep de la Boqueria (or La Boqueria) is a large, open-air market which attracts tourists and locals alike. Yes, it’s pretty touristic, however locals do actually come here to purchase their weekly produce and it’s the best spot to sample as much  Spanish cuisine as your stomach desires. So make sure you schedule in an hour to admire the stalls and snack on a whole lot of tapas. La Boqueria La Rambla, 91, 08001

It’s not a trip to Barcelona without a little (or a lot) of Gaudi. La Sagrada Familia is undoubtedly the most  notorious and worth visiting to get your Gaudi fill. It doesn’t hurt to pre-book your visit online to avoid  waiting in any queues on the day. Try to ignore the cranes - the cathedral has been under  construction for 133 years, however it’s now on the home stretch. La Sagrada Familia Carrer de Mallorca, 401, 08013

Head down to Barceloneta beach, walk along the beachfront boardwalk at sunset and then
grab a drink at one of the local chiringuitos (basically an open shack built on sand). 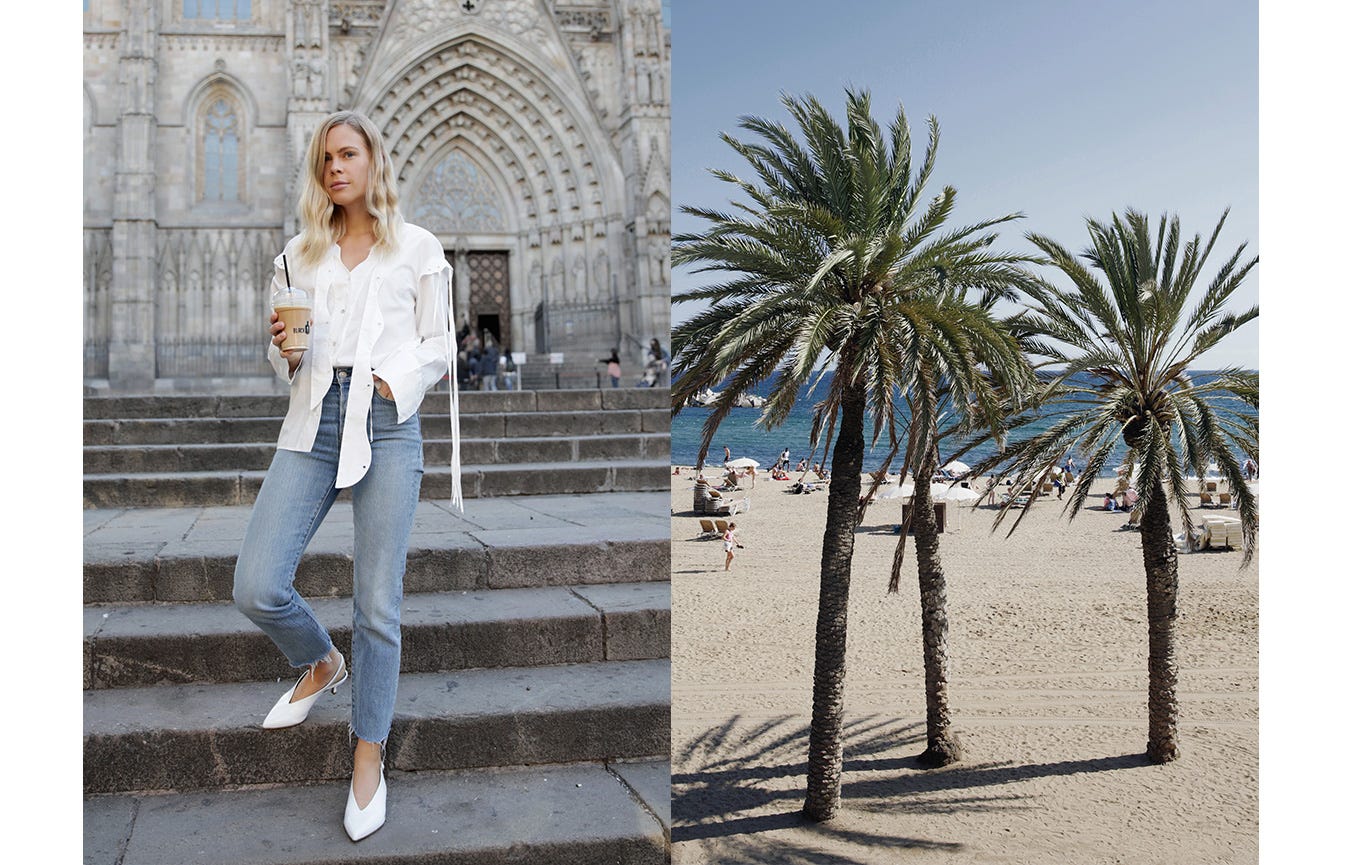 For a modern take on authentic Spanish tapas, Sensi is my favourite spot in the city. It’s authentic, fresh and the tapas are always thoughtfully put together. The restaurant has three spots within a one-minute walk of each other, which means you can just head to Carrer Ample and pick whichever is the least busy. Sensi Carrer Ample, 26, 08002

I know that most people don’t come to Spain for ramen but what can I say; I’ve devoured countless bowls of ramen all over the world (including Japan) and Koku Kitchen ramen is still the best of the best. I promise you won’t be disappointed. Koku Kitchen  Carrer d’en Carabassa, 19

Black remedy is a relatively new spot in Barcelona and one of my regular brunch haunts; they do a flat white and avocado on toast just like home. Plus, I’m told that their Californian pulled pork burger is phenomenal. Black remedy Carrer de la Ciutat, 5, 08002

For local Catalonian cuisine and a fun night out, head to Barcelona institution El Nacional, which is basically a huge (but extremely chic) warehouse that is home to four separate restaurants and, a bar. The interiors are highly Instagram-worthy but mor3 importantly it’s the kind of place where fun will be had. My favourite restaurant of the bunch is La Taperia, where rather than ordering directly from the menu, incredibly charismatic waiters swan around yelling out the names of the dishes they have on offer. You then call them over, and dinner is served.  El Nacional Passeig de Gràcia, 24 Bis, 08007

Despite all the jamón, Barcelona is a surpassingly vegetarian-friendly city. Vegan and vegetarian options are constantly popping up on menus all over – although if you want to win over your non-vege friends, Green Spot is the place to do it. Every dish is executed with artful precision; it’s the kind of restaurant that excels at vegetarian food, rather than just making limp vegetarian alternatives. Not to mention the interiors are perfectly slick with plenty of greenery. Green Spot Carrer de la Reina Cristina,  12, 08003

For great coffee, delicious brunch and cooler-than-thou interiors for the minimally inclined, Wer-Haus is always a winner. Just a few steps away from the Passeig de Gràcia, it’s easily one of the slickest concept-store-come-cafes in Barcelona. Wer-Haus Carrer d’Aragó, 287, 08009 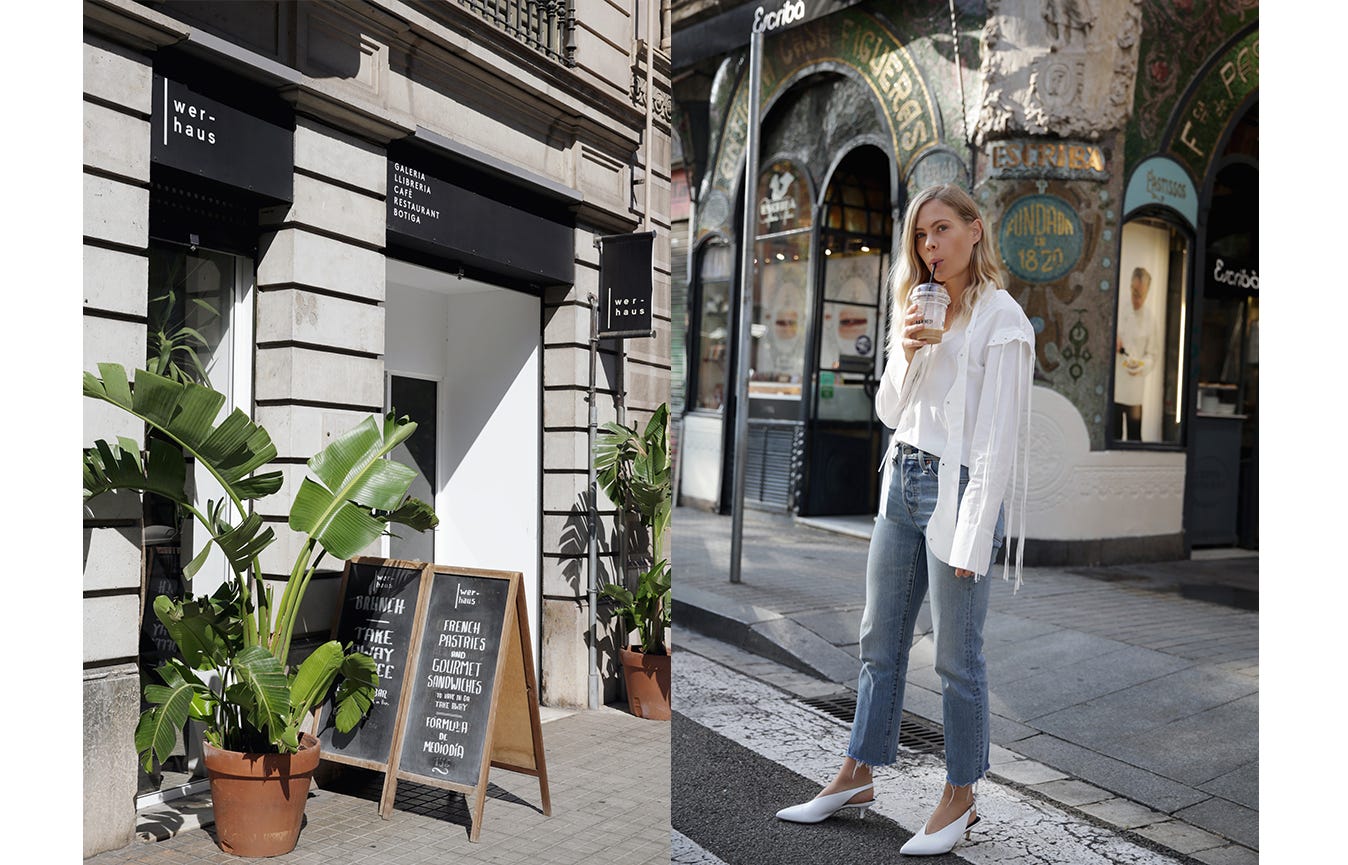 I’m also a big a fan of Casa Bonay; they have a relatively secret rooftop terrace which is open during Summer, a few rooms with  private terraces, and an opulent, speakeasy-style bar downstairs. Plus, just next door is Nomad Coffee who do a mean flat white – which is pretty much a key requirement for me when travelling! Casa Bonay Gra s Catalanes, 700, 08010

Sign up to our newsletter to keep up-to-date with the latest styles, news & exclusive offers. Receive 10% off your first full price online order!

Don't miss out! You’re only $40.00 away from FREE AU STANDARD SHIPPING!

No thanks, continue to checkout